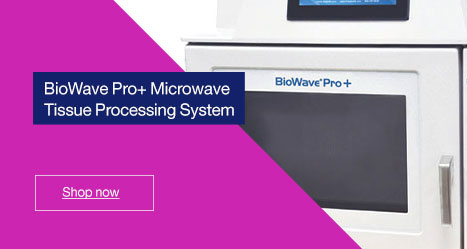 TEM grid holders with short posts of standard 3.2mm diameter are available. The TEM grid/sample holder has workstations for two TEM grids and with either one or two sample pucks.

The pivoting TEM grid holder has workstations for two TEM grids and allows manual adjustment of the grid holder plate to obtain the optimal milling incidence angle, even when at the FIB stage tilt limit. The TEM plate angle is manipulated in situ, using the tip of an empty AutoProbe 300 gripper shaft. The pivoting grid holder is non-magnetic.

LEAD TIMES: Average Lead Times are shown individually in days for any products not currently in stock. Whilst we are working closely with our suppliers to minimise the impact of COVID-19 and regularly update our product prices and lead times, some are subject to change due to supply chain fluctuations.

Delivery is calculated at the checkout, please see our delivery and returns page for more information.

Calibration standardsFIB Sectioning ServiceGrid & sample holdersGrids for FIBProbe tips and holdersSpecimen preparationSpecimen storageSpecimen stubs
COVID-19: Please note that while we are working closely with our suppliers to minimise the effect of the COVID-19 pandemic, prices and availability may be subject to change at short notice.